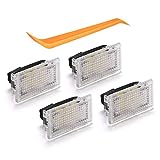 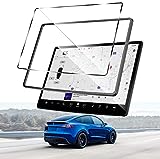 After nearly two and a half years of ownership, I sold my Model 3 last Autumn, taking advantage of the incredibly strong used prices. The rumour was the Model Y would go on sale in summer 2022 and I reckoned I could hold out until then.

Then on 15th October, exactly one week later, reservations for the Y surprisingly opened in the UK and I put down my £100 for a place in the queue. Orders then went live on 7th January 2022 and I had completed the check-out within the first 20 minutes, with an estimated delivery window of February 18 – March 04.

I originally paid £1,500 for the Pearl White Multi-Coat paint option on the Model 3 (before it became free) and it’s still my favourite colour, especially now they come with black trim as standard, instead of chrome. After a few weeks of head scratching I decided to add the white interior too, knowing that this would push back my delivery date. I did this by telephone on 24th January and later received an email confirmation of the new spec and a new estimated delivery window, now March 09 – March 23. Apart from the white interior, the only other option I picked was the 20’’ Induction wheels (with their 255/40R20 XL Michelin Pilot Sport EV tyres). I had bought black turbine replicas for the Model 3 so again this was pretty much the perfect look for me, but now totally OEM. The options for Enhanced Autopilot (£3,400) and Full Self Driving (£6,800) still seem like poor value in the UK and not something I considered. I took delivery on 16th March from the Belfast Service Centre.

Changes From the Model 3

With so many similarities, much of my Model 3 Mega Review is relevant to the Y, with a few notable exceptions. The most important one for me, and the main reason for changing to the Y is that raised seating position which means it’s much easier to get in and out of (#OldGit). There’s more room inside too, especially for rear passengers who have more support under their knees and can get their feet right under the seats in front of them now. The rear seat backrests have a couple of rake settings too. There’s a deeper bootwell and frunk, a huge boot and of course that hatchback practicality. 40/20/40 rear seat split means you can carry 4 adults and still through load your Ikea box. Size wise, it’s around 5 cm longer, 5 cm wider and 18 cm taller than the Model 3. Its dimensions are quite close to the BMW X4 as a comparison. More use of aluminium in the chassis with its mega casting means the Y’s 1,979 kg weight is just 149 kg more than the equivalent LR Model 3. While there’s a lot of talk about how heavy EVs are, the Y is actually lighter than many comparable internal combustion vehicles (like that X4 at 1,995 kg) with all the advantages of the clever Tesla packaging and far lower centre of gravity.

The car can tow up to 1,600 kg with the optional Model Y Tow Package (£1,090) which can be installed at a service centre anytime after purchase. Front mud flaps are now included, although I replaced these weirdly skinny items with this molded set of 4. There are 2 PPF (paint protection film) panels in front of the rear wheels to protect the flared bodywork from stone chips. There’s new darker rear glass, and Bioweapon Defence Mode with its HEPA filtration system is included on the Y too.

The Long Range version is currently the entry level Y in the UK as Tesla are not offering a RWD model, nor the 2.0 car that’s being built in Texas. There’s no word on a 7 seat version yet in the UK. A new Lithium-ion low voltage battery replaces the lead-acid 12v, which is often a failure point on EVs (this change also saves around 10 kgs).

There are other updates that are new to me, but are now fitted on the Model 3 too. First the Y is noticeably quieter inside with its front and rear side windows, now made from laminated acoustic glass (aka, double glazing) and noticeably better rubber door seals too.

While the screen was never laggy in the old car, the new AMD Ryzen processor powering the infotainment system loads apps like Netflix much faster. The brakes seem to have had a good update too with large 14″ ventilated front discs with 4 piston callipers.

The plastic scroll wheels on the steering wheel have been replaced with metal versions and this car has a heated steering wheel, and all 5 seats are heated too, as is the area the wipers park on for easy release in freezing conditions. There’s an electric tailgate too.

The Y has 13 speakers plus a subwoofer in the boot and it’s particularly suited to the electronic music I love (give these a try – Yazoo, deadmau5, Röyksopp, London Grammar). Definitely some of the best sounds I’ve had in any car.

Things That Could Be Improved

It seems to be an emerging trend to omit the rear wiper on new hatchbacks (the Kia EV6 and Hyundai IONIQ 5 for example). It’s the same on the Y and while that’s mostly OK at speed, it’s not great around town when water can settle on the screen. The beam that ran across the glass roof in the Model 3 in the middle of the cabin, has been moved back above the rear seat headrests instead on the Y. This gives a pleasingly uninterrupted single sheet glass roof in the passenger cabin, but it also has the effect of narrowing the view out of the back window. The dark tinted glass and auto-dimming rear mirror reduces visibility at night even further (although this can be disabled in settings). You can display the view from the excellent rear camera while driving if you like and it appears automatically when reversing.

Even though there are Matrix headlights fitted, their smart features are currently not functional. Hopefully this will be remedied with a software update soon.

Tesla is finding it hard to shake its bad build quality rep, and lazy youtube reviews continue to mention panel gap issues where there are none. This MIC (made in China) car’s bodywork is better than my 2019 Californian built Model 3. Saying that though Tesla does still need to keep working on quality, the rear headrest rattle that seems to be a feature on the Y is pretty awful for a new car of this price (I’m waiting for a service visit to sort this on my car). While it has improved, the automatic wiper setting still isn’t a match for every other car on the planet and the phantom braking issues I had in 2019 are still there.

The 2 trays inside the centre console that were included in my base spec Model 3 now need to be purchased from the Tesla store (£18), which seems pretty mean. It’s especially hard to understand this as pretty much everything else is included as standard in the car. Have a look at many other competing EVs and you’ll find a 4-figure option just to add a heat pump for example. Tesla’s recent announcement that they are removing the UMC is also a bad decision. The lack of a parcel shelf on the current UK deliveries is poor too, especially as they are present on Hong Kong cars, coming out of the same Shanghai plant.

Tesla has always led on the tech side of things, so for me, not having any bi-directional capabilities for V2L (Vehicle-to-Load) is the single most glaring omission on the Y.

I’ve watched and read so many reviews of the Y and the suspension almost always comes in for harsh criticism. Many Y’s seem to have been shipped with their tyres inflated to around 50 psi instead of the required 42 psi (mine included), which doesn’t help.

At the original launch event in 2019, Elon Musk promised the Model Y would have “the functionality of an SUV, but it will ride like a sports car”. It’s no surprise then that the car is firm, which provides the body control to match the performance. However, on a bad road it can feel a bit too stiff. It also suffers from an internal boominess on some roads, particularly rippled surfaces, like you find on junctions or bad corners treated with Shell Grip or similar. I had an extended test drive with a Y on the standard 19 inch wheels and there was little to no difference between it and the 20s. Things get worse the slower you go so it is particularly pronounced when on urban roads with a bad surface. On most journeys then the Y feels great, but on a bad surface the ride can feel unsophisticated.

If you prefer a soft-roader there are plenty of competitors out there in this hotly contested sector, like the Audi Q4 e-Tron, BMW iX3, Ford Mustang Mach-E, Hyundai Ioniq 5, Kia EV6, Mercedes EQA / EQB, Skoda Enyaq and Volkswagen ID.4.

I’ve been lucky enough to have had the opportunity to drive some of those EVs over the last 6 months. So why didn’t I buy one of the alternatives this time? I’ve tried to tease out the reasons behind that decision with a list of the things below that have led me to purchase another Tesla over any other brand. In no particular order…

Cars (not just EVs) are too expensive, with chip shortages and world events seeing prices go up instead of down. However, running costs remain incredibly low. The current over-night electricity rate of around £0.12 means, if you can charge at home, the total fuel costs for an 8,000 mile year is just £260 – little more than a couple of fills of some ICE vehicles. Road tax remains free and I’m expecting my maintenance on the Model Y to be the same as the Model 3 – filling the washer bottle. The general warranty covers the car for 4 years or 50,000 miles with the battery and drive unit guaranteed for 8 years or 120,000 miles.

After the first 1,100 miles this Tesla can unsurprisingly be summed up as a roomier Model 3 with that higher driving position I wanted. The Model Y provides fantastic range, efficiency, performance, equipment and tech in an immensely practical package, all backed with that Supercharger safety net that I know from experience means I can easily drive anywhere I want on these islands, or beyond.

(thanks to reinisb.co.uk for these photo)